A solid base to grow up 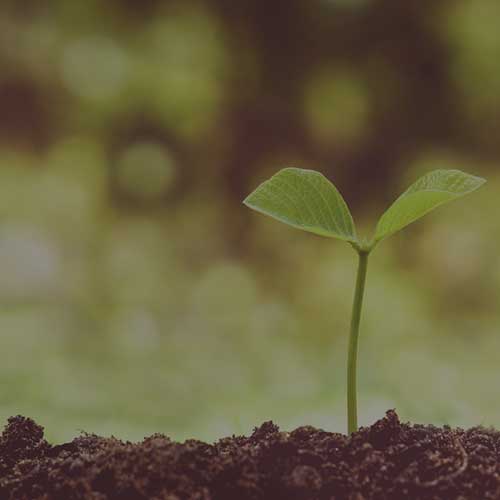 A SOLID FOUNDATION FOR GROWTH

The delegation of functions has allowed José Navarro to have time to plan the growth of the company and open the market to new countries José Navarro, manager of Agricola Navarro de Haro and the close interconnection between the different company departments proposed by Tactio «has been fundamental,», since in this way they know within millimeter accuracy what the real state of the company is, from the initial objectives to the results that have been obtained step by step, «which are not hidden to the Management Committee, the basic pillar of our company, that is, there is a total transparency about results, indebtedness, balances and the objectives that I, as manager, want for the company, » annotates Jose Navarro. For him, this direct participation of the people responsible for the areas in the business decisions makes everyone aware of the real situation, so «all departments are involved and motivated and in this way we are all rowing in the same direction; Before it was not so, now with Tactio’s advice everyone knows the reality of our company. » The establishment of the new programme has meant one more step taken in the modernisation of Agricola Navarro de Haro. Similarly, a second action within the plan that Tactio advised was to implement a new computer service, «an ERP, which is currently one of the best computer programmes and with which we guarantee a greater and better control of costs and of the results of production by products «, that is to say,» to have an abbreviated control panel to be able to carry out all the control of one of the essential parts of the company. The introduction of the new programme has meant to take another step forward in the modernisation of Agrícola Navarro de Haro.

Likewise, the human element of Agrícola Navarro de Haro, mainly the areas managers are responsible for, were evaluated by Tactio, reporting the results to the manager and advising a series of changes in the tasks and responsibilities so that the organisational structure could work according to the possibilities of expansion and at full capacity. However, José Navarro argues in this regard that «from Tactio I was advised of a series of changes for a better functioning in the different tasks of the area managers, which we have done, although I have always had the final decision.»   The study carried out by Tactio in the first half of 2013 has not been fully implemented, mainly due to the short time it has been in force, although José Navarro says that «everything is underway», so according to his opinion it must be understood that it is only a few months since changes were initiated in the company so that all of them are functioning at full capacity. It highlights as an example, the entry into operation of the new computer application, which began in September: «In record time we have made a number of changes that are essential for the company and we are still in it.»

“All departments are involved and motivated and in this way we are all rowing in the same direction; before it was not so.”

The implementation of Tactio’s action plan for Agrícola Navarro de Haro has been totally positive for this company in Almeria, since all its departments, without changing the staff, have been assuming without any obstacle the proposed changes since May. But who has noticed these new airs in the company has been its manager, who was totally overloaded with functions before Tactio’s intervention, that implied that he could not reach everything that his position implied within the company in the due conditions, hence for the manager to manage was an exhausting activity, physically and intellectually. The premises introduced by Tactio’s action plan have meant that each of the area managers «knows one hundred per cent what their responsibility is», which has resulted in a major discharge in the day to day work of the manager and an improvement in the results of his direct dedication.

Jose Navarro states that before Tactio’s intervention he was «a person who delegated, but not to one hundred per cent» and   Tactio’s professionals «have made me delegate that one hundred per cent of my functions, although always having control of the company «. Consequently, this delegation of functions has allowed him to have time to plan the growth of Agrícola Navarro de Haro «a little faster and safer» and open the market to new countries, among them Dubai, where the manager has traveled to find new possibilities of business. After having ensured the change of mentality in the company with Tactio’s advice, José Navarro wants to continue to grow steadily, but without setting too ambitious goals, «because at the moment we have a good balance and above all a firm step» with «an excellent solid base» that has been in the sector for 38 years, being one of the most well-known entrepreneur marketers of agricultural products in all markets in Spain for his trajectory.

“The annual production of the company reaches the 52 million kilos of products such as watermelon, pear tomato, lettuce and cauliflower. ”

A HISTORY OF GROWTH

The trajectory of Agrícola Navarro de Haro and José Navarro is the story of a family business. As such it began in 1998, but the beginnings of José Navarro come from before, specifically from 1975, that is, 38 years of hard work. His father, Bernardo Navarro, was an agricultural agent and all the products that he acquired he took to the provinces of Alicante, Valencia and Murcia. Over the years, in 1980, he created the Agrupalmanzora company. When his father retired, José began to participate in the auctions with the objective of sending the acquired products to the national market. In 1998, Agrupalmanzora was dissolved and Jose, along with his wife, created the current Agrícola Navarro de Haro.
Since 2007, apart from marketing the production of farmers in the area, they began to have their own production and at present it reaches 85% of the total. The company’s annual production reaches 52 million kilograms of food such as pear tomato, lettuce, cauliflower and the leading product, watermelon. For the extraction of the previously listed produce, Navarro de Haro has a total of 1,100 hectares of planted land in the provinces of Almeria, Murcia, Granada, Ciudad Real and Toledo. The workforce varies from 180 to 270 workers depending on whether it is low season or high season. Of the total production, 70% is sent to countries within the European Union, Eastern Europe and Russia. At the moment, it is also being introduced in the Arab Emirates, and the rest goes to the national market.